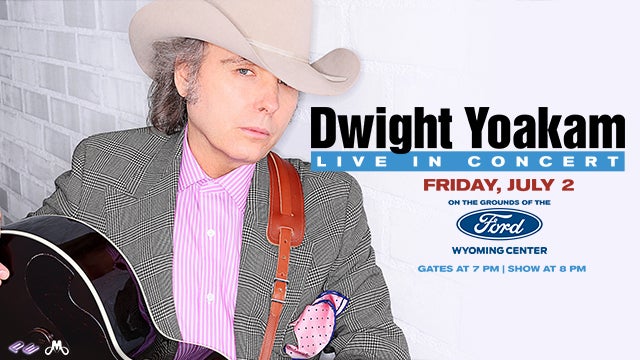 Dwight Yoakam is coming to the Grounds of the Ford Wyoming Center on Friday, July 2nd. Tickets start at $39 plus applicable fees. The concert will take place outside in parking lot #9. It is a General Admission Show. Chairs will not be provided. Attendees are encouraged to bring their own seating. Lawnchairs are welcome! 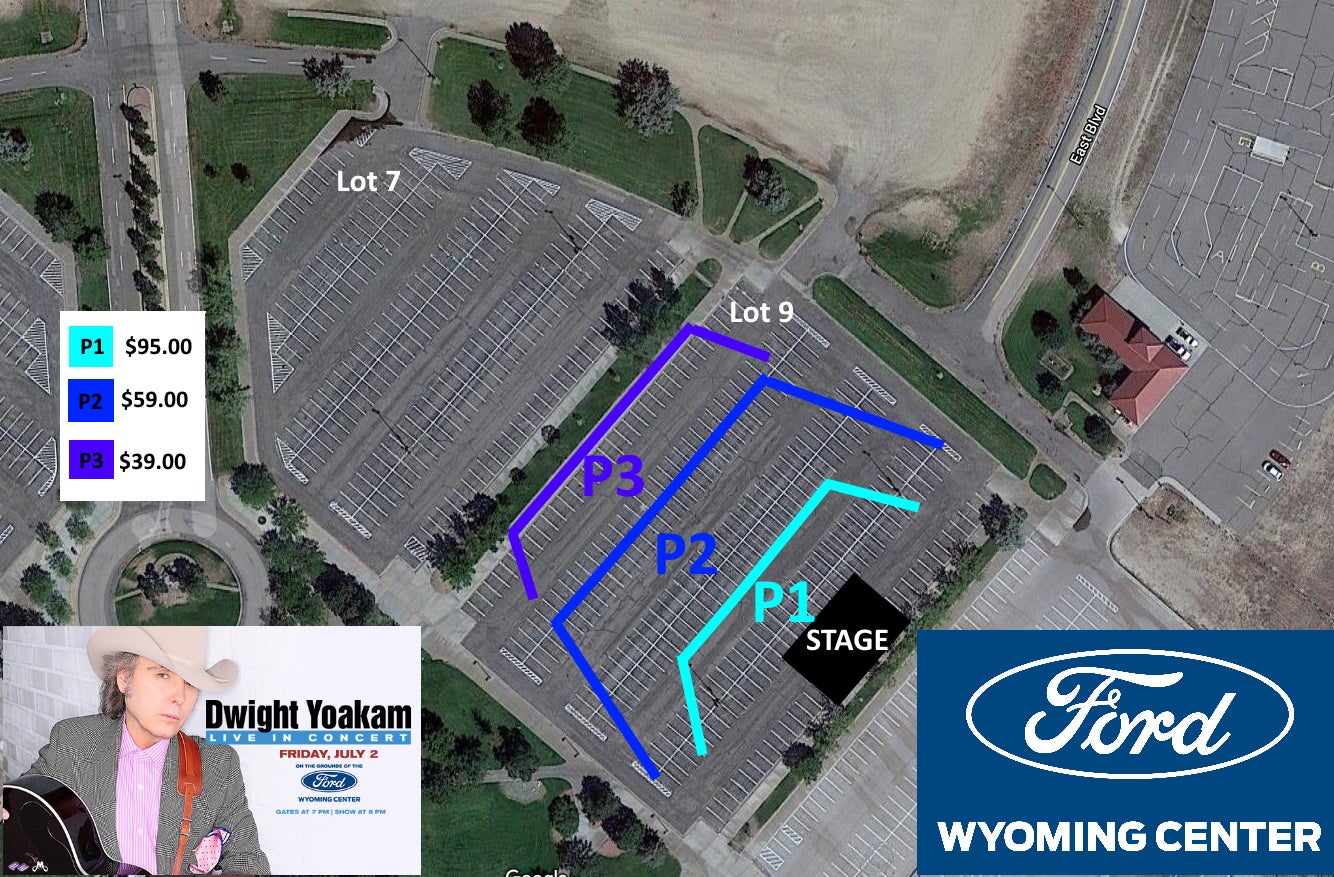 About Dwight Yoakam
Dwight Yoakam has sold more than 25 million albums worldwide, and he is a 21-time nominated, multiple GRAMMY Award winner. He has 12 gold albums and 9 platinum or multi-platinum albums, with five of those albums topping Billboard’s Country Albums chart and another 14 landing in the Top 10. Nearly 40
of Yoakam’s singles have charted on Billboard, with 14 peaking in the Top 10. He is also the recipient of the Artist of the Year award from the Americana Music Association, the most prestigious award offered by the organization. Set for the summer of 2018, the LSD Tour, featuring Lucinda Williams, Steve Earle,
and Dwight with support from Los Angeles rock outlier King Leg, unites three of music’s most celebrated and iconic voices on one epic cross-country package for the very first time.

Yoakam’s self-curated SiriusXM channel, titled Dwight Yoakam and The Bakersfield Beat ‘Where Country Went Mod’, will launch in late April. The channel celebrates the Bakersfield sound and those whom it has inspired. In 2016, Yoakam released his bluegrass album Swimmin’ Pools, Movie Stars… on Sugar Hill Records. Featuring a band of bluegrass luminaries, this album boasts a collection of reinterpreted favorites from his catalogue, as well as a cover of Prince’s “Purple Rain”. Produced by nine-time GRAMMY winner Gary Paczosa (Alison Krauss, Dolly Parton), Jon Randall (songwriter of “Whiskey Lullaby”), and Yoakam himself, and mixed by Chris Lord-Alge, this album reflects the love for bluegrass music that Yoakam developed at an early age in Kentucky and that has inspired him for many years thereafter.

In addition to his musical career, Yoakam is a formidable film and television actor who has appeared in over 40 feature films including Sling Blade and Panic Room. In 2016, he recurred in David E. Kelley’s Amazon series Goliath. Recently, he appeared in director Steven Soderbergh’s film Logan Lucky with Channing Tatum and Daniel Craig. Yoakam is capable of seamlessly melting into his roles and impressively standing toe-to-toe with some of the world’s top thespians over the course of his storied and successful acting career, including Jodie Foster, Tommy Lee Jones, Jared Leto, Forest Whitaker, and Matthew McConaughey.